Collective haul from March till now

*please bear with me as this is a pretty long rambly post on quite a lot of things to touch on :P*

I've been to Hong Kong in end March, and this is my (very controlled) haul! I tried to get more stuff that were not available in SG and also shopped a bit at Changi Airport's duty free. 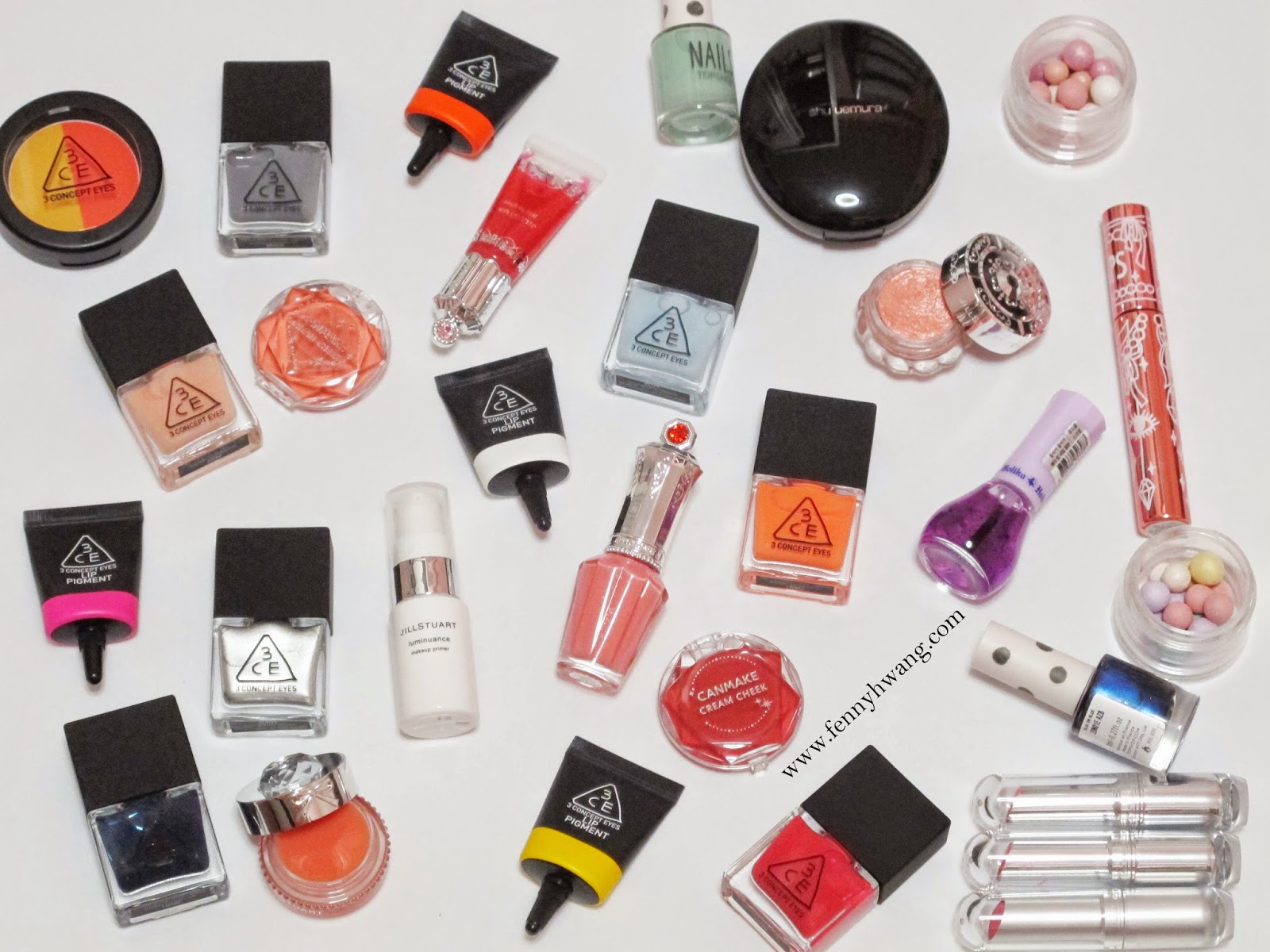 Missing a few but not many items from the picture

So basically I got:

1. 3 Concept Eyes
Made me feel like I went to Korea instead! 3CE in HK can be found in most I.T. store and they recently opened a Stylenanda shop in Harbour City. The prices were very comparable to Korean prices (e.g. "paint lip gloss" was HKD119 ~USD15.40 while it is USD14.31 on the site) so it was definitely okay to buy it on your trip to Hong Kong. Always loved 3CE's colorful makeup so I went for those instead of face bases. I got: nail polishes, lip pigments and a blusher. Exactly, these are the names:

I got all the colors of the lip pigments used in this demo video because Park Sora made it look so useful and versatile hahaha. I also wanna get more Duo Color Face Blush cos its very lasting on the face and the colors are sooooo pretty!

2. Jill Stuart
It should be available in Singapore but why is it not?? Okay anyways I got a few items that made me a member lol.

3. Miscellaneous + drugstore stuff
SASA and Bonjour were aplenty there, and it was a tough time controlling myself there. Most of the items were available in Singapore so I thought I should not waste baggage space and buy it here instead. I only got some lipbalms (not pictured), a Fairy Drops mascara (which is awesome) and some Topshop polishes which weren't that much a diff in term of prices when compared to SG.

That was for March, and when back in SG, I was still pretty much in the mood for some shopping so I gotten some stuff as below: 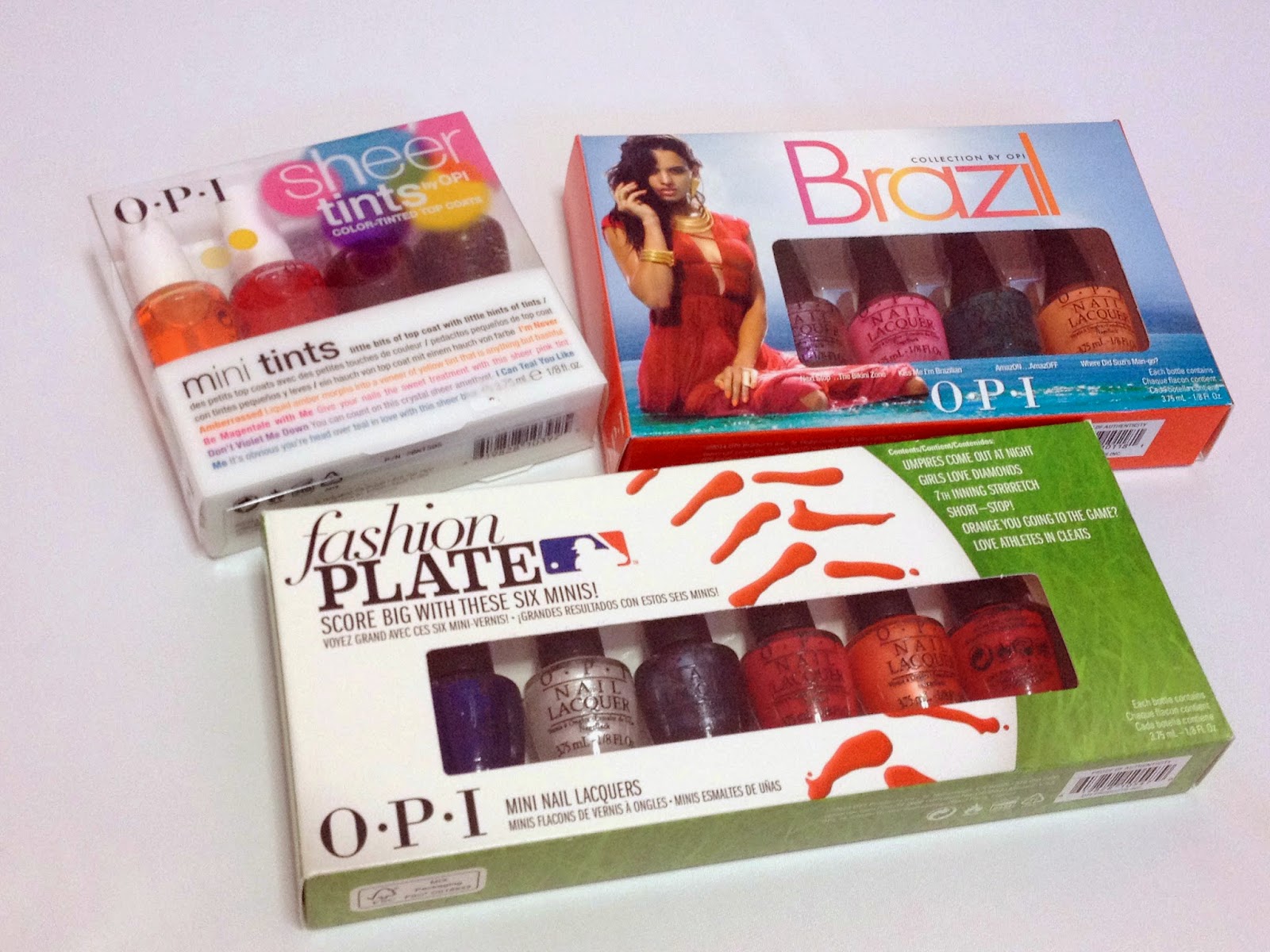 OPI Minis!!! Super cute!!! I bought the Sheer Tints, Brazil Copaca Babies and MLB sets because there were too many praises about them online. I like buying small nail polishes because it occured to me that I'll never ever finish them. My favourite set has gotta be the MLB one, with super my-type of colors like navy and reds. 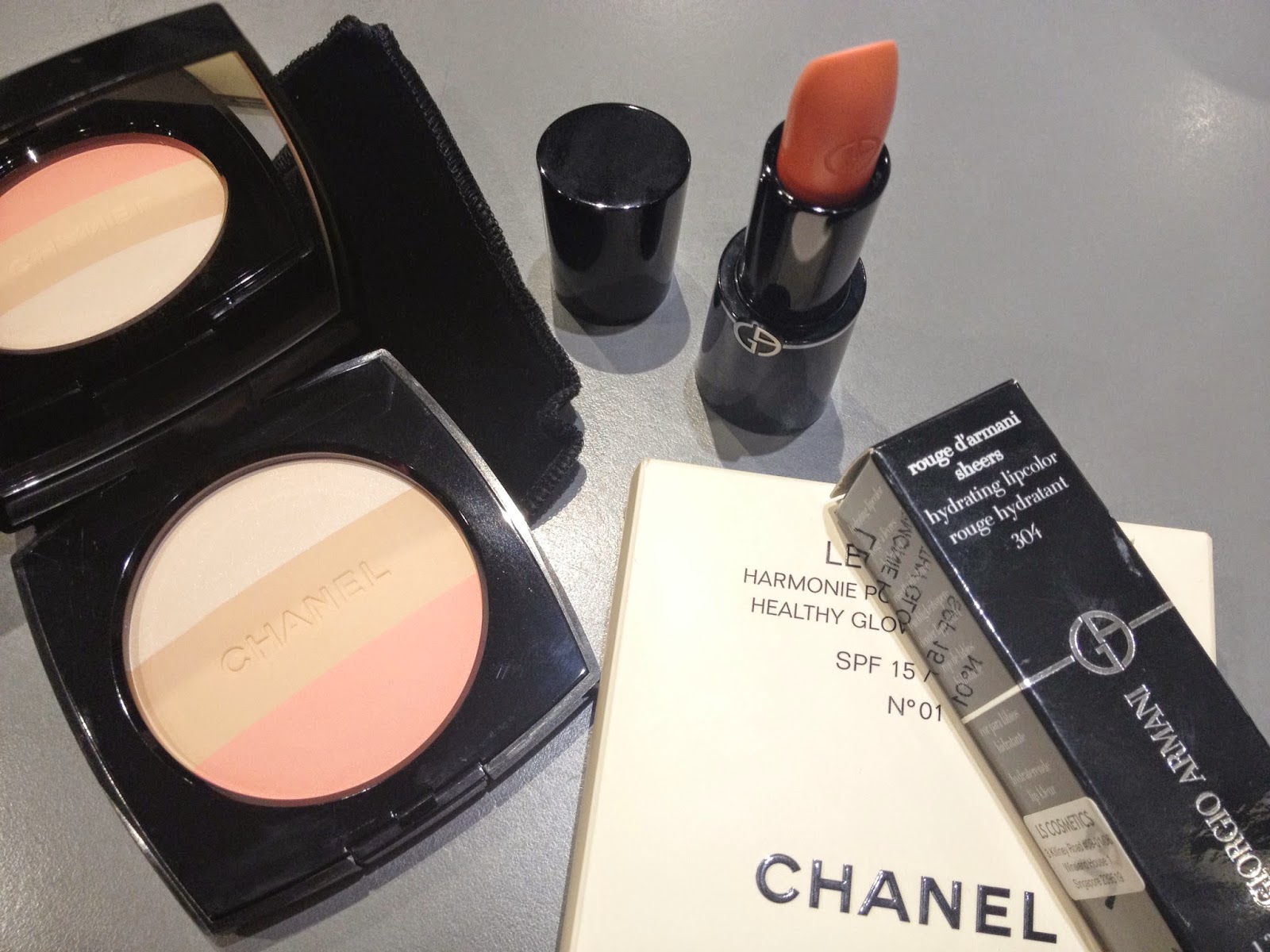 Also I recently purchased a Chanel Les Beiges in their Summer limited color N1. I don't regret buying it (looks too pretty and smells awesome) but I don't know what to expect. Is it a glow? Is it some kinda highlight? Or does it set my makeup? Cos I don't see any effect actually :P It just feels good to use it. Ya know, psychological thing. I am trying my best to use it everyday as a highlight and tell myself, it does give a natural glow :( Also within the same day, I bought a sheer lipstick (Rouge d'Armani Sheers 304) from Giorgio Armani and I love love love it. Such soft color and sophisticated design. Was contemplating between a YSL Sheer candy, Dior Lipglow and this because I wanted a sheer lippy but the other two seemed to be pretty scented. The magnetic casing was a stunner too! 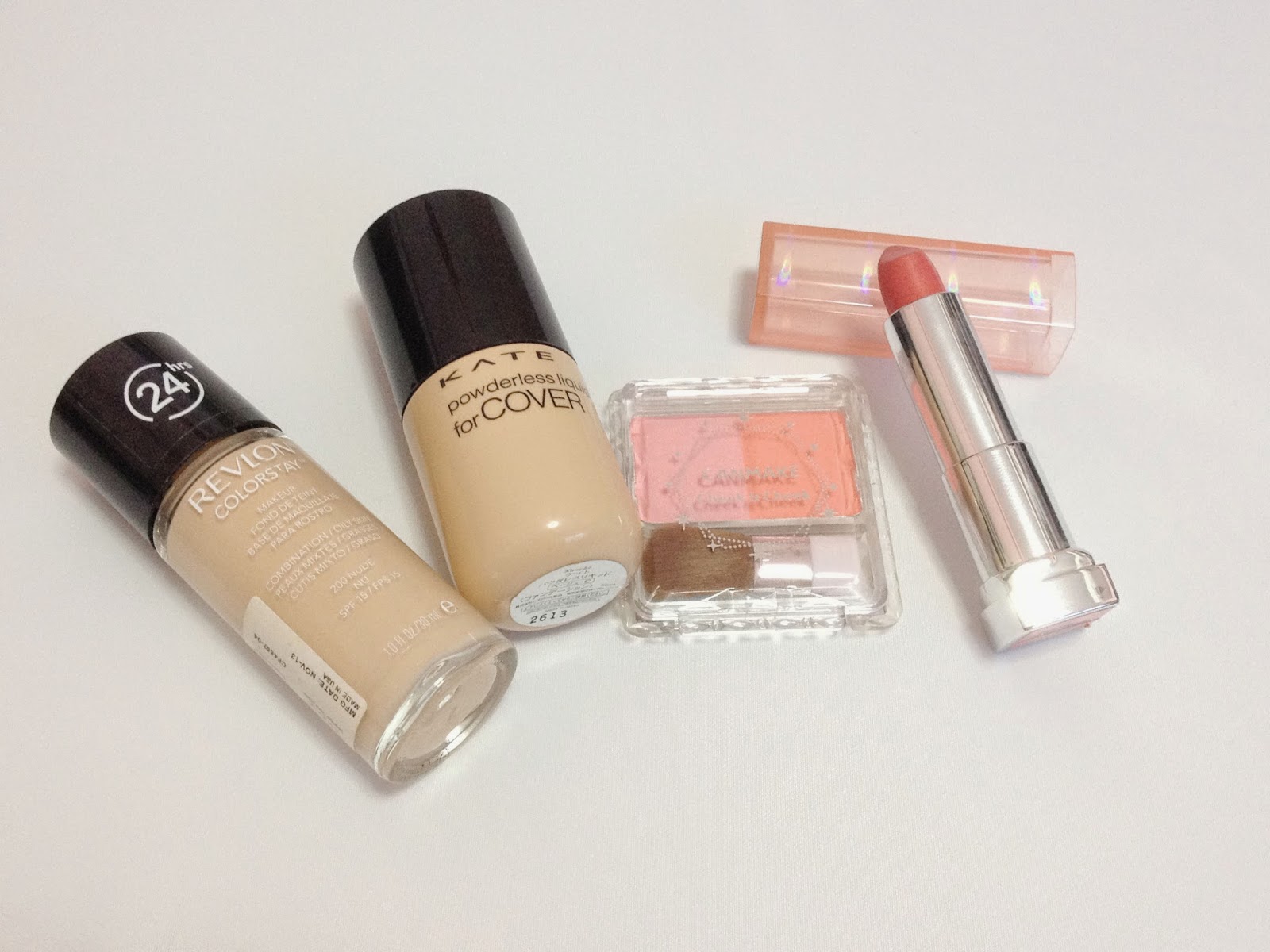 Okay and lastly, I bought some stuff impulsively. A Revlon color stay foundie, a KATE Powderless foundie, a Maybelline Nude lipstick (which I hate cos it isn't nude at all and smells like rubber) and a Canmake duo blusher. Lesson learnt: never buy cosmetic without swatching it first!! Because of the "nude" label, I thought it was gonna be a nude pink and who could tell that it was gonna smell like rubber? Eek >.< Also not pictured are some Revlon lipsticks in Honey Bare and Pink In The Afternoon. Chanced upon them while looking to pick up my old fave "Soft Nude" but it was not available (anymore?). These lippies are awesome stuff at an affordable price!

Okay so its the end of my long post (or rambling) on some stuff I bought recently. I should totally go on a makeup ban and I mean it even though I can never make it :P well, atleast I tried!