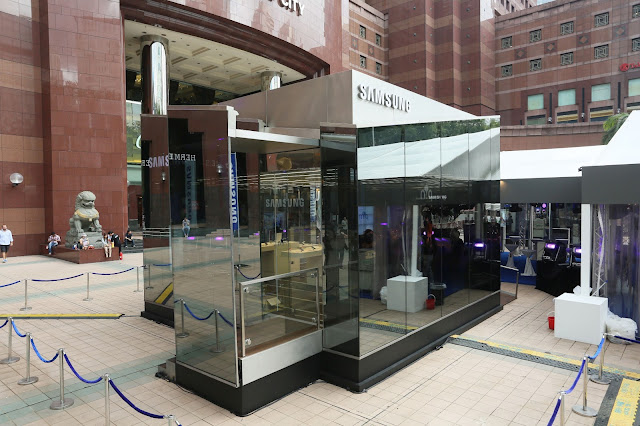 I attended Samsung's launch for Asia's first Mobile PIN and Singapore is the first country in Asia to have it~ It is generally a new interactive consumer experience space (something lika pop-up store) that was first launched at the London Olympics 2012 with the theme "Your World Without Walls"! Get to experience Samsung's award winning mobile devices including the GALAXY Note II LTE, GALAXY Note 10.1 LTE, GALAXY S III LTE & the super new and awesome GALAXY camera! 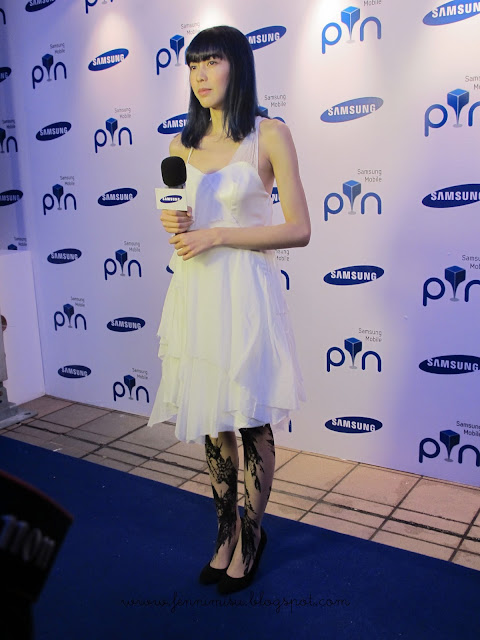 "Wonderland" is a project collaboration between local (pretty and awesome) singer-songwriter, Olivia Ong, Samsung, and her fans, on a journey of inspiration that leads to the creation of a song for the Wonderland project! She captures moments and inspirations that goes into the composition of the song with a GALAXY Note II LTE and also... her fans would be part of the composition too! Yes, this is Olivia's World Without Walls with her fans! I think this is a super cool project!~ You can check out more footage that documents the composition till concert day on http://galaxywonderland.sg. 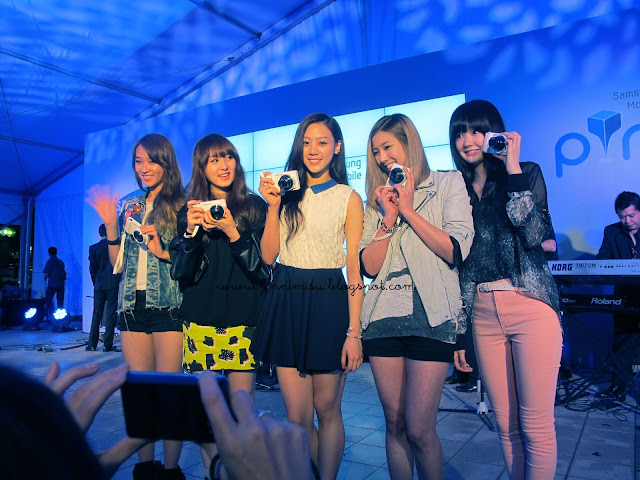 I'm so sorry that SKarf's picture have to be painfully watermarked >.<

Samsung's GALAXY Camera ambassador, Singapore-Korean girl group "SKarf" also graced the launch! If you havn't heard about the GALAXY Camera, it's actually a camera that runs on Android and can connect your beautiful, high-quality pictures taken through GALAXY Camera's 16.3MP camera to your social networks immediately! Check out photos taken by SKarf on the GALAXY Camera at http://www.iwashere.sg~ 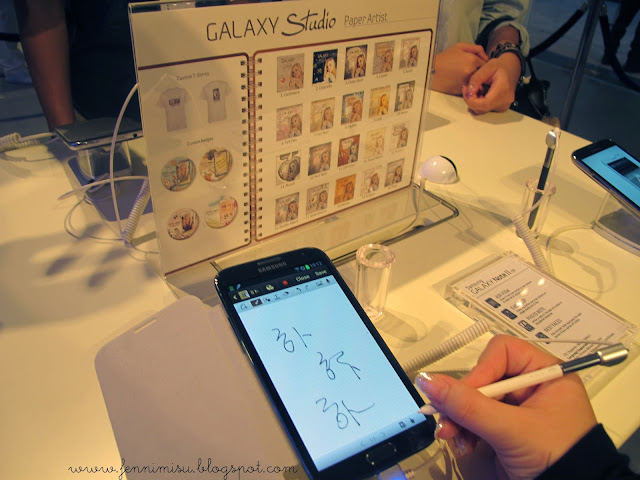 Go on and experience a World Without Walls at the Samsung Mobile PIN pop-up installation at Ngee Ann City's Civic Plaza while you can! It'll be there for 2 months and expect lots of fun and games! Also, Samsung brand ambassadors will be there to ensure a fruitful and fun experience of their products :) so do drop by!

And I believe this is jealoustime cos I've got pictures with the celebrities~
The event place was blue (y'know, Samsung is blue) so it explains why my pictures have a bluish tint :( 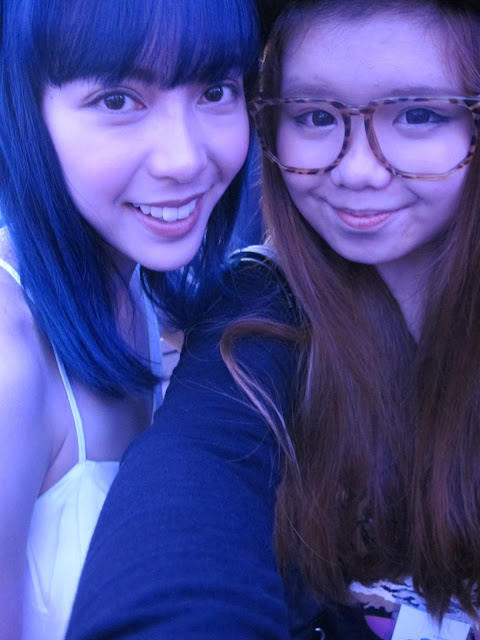 Olivia Ong had tinted blue-black hair which was waaaay cool 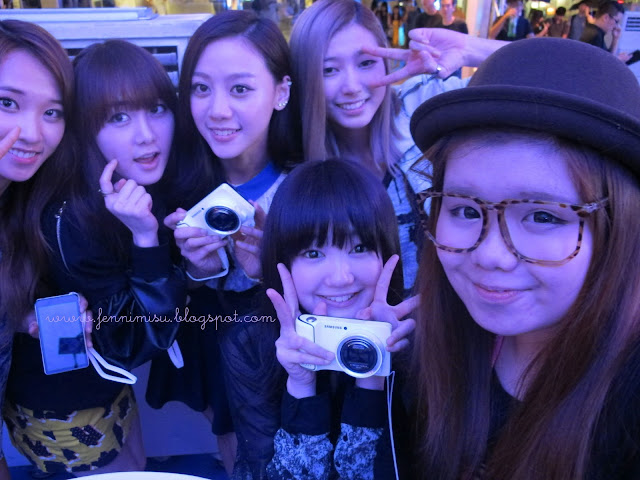 Pretty ladies of SKarf!
(really sorry that it had to be painfully watermarked again)