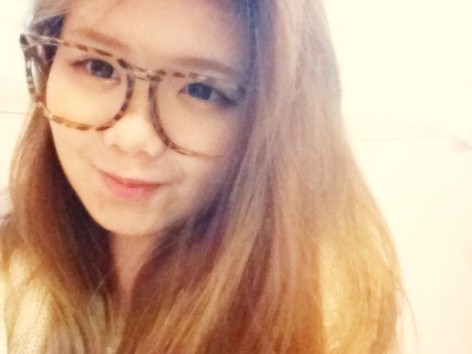 I've been down with fever for a few days now :( Been hydrating myself a lot and just a random update post with random pictures. Hehh

I've been doing really random stuff recently, like getting sick suddenly and that made me unable to work for 2 days and missed the live finale of Sunsilk Academy Fantasia which I've been watching for some time now :((((( 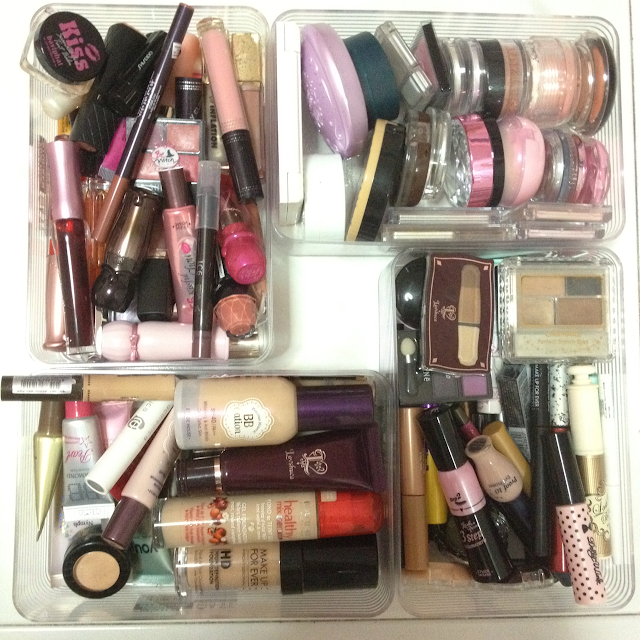 A blurry pic of most of my makeup. Been organising them but I feel it got more messy :( Korean and Jap makeup are like the worst kind of temptation that makes me surrender my money to them, and I really have to stop this!!!!!! 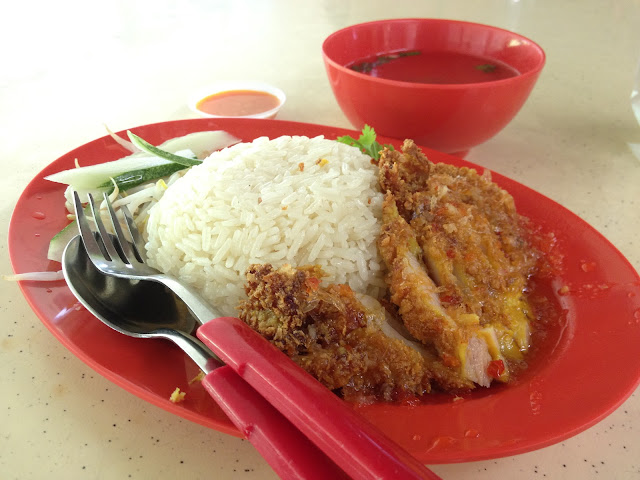 Thai chicken rice from downstairs my house. I lovvvveee it. 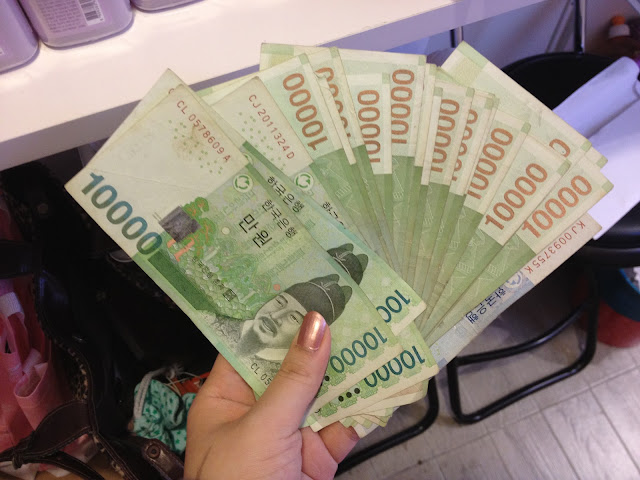 250,000KRW. Super thanks to my store manager who is helping me to buy stuff from Korea ^^ 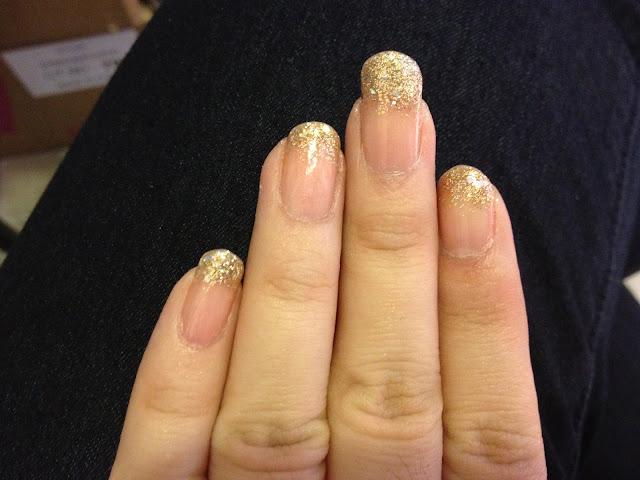 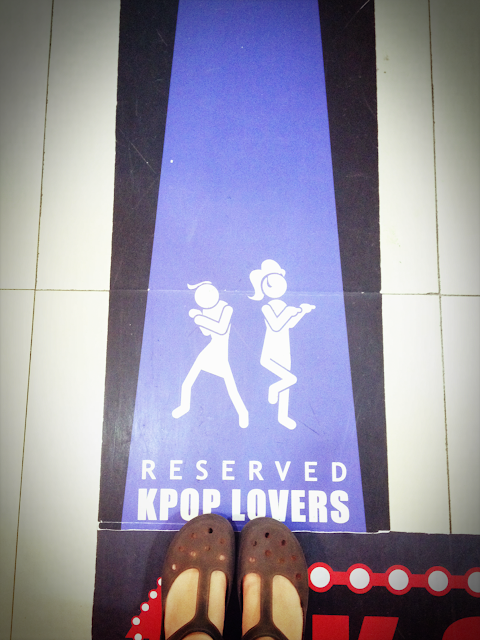 Walked past Bugis Street which I've not been to for atleast a year. Wao ww 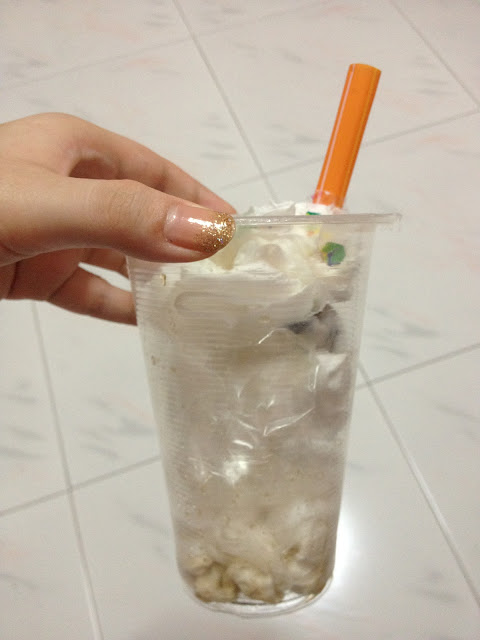 Fact: I'm a gross person.
I don't like wrappers and litter lying around my table to I try to collate them before throwing them away at the end of the day :P Its all my junk of the day in a bubble tea cup! On the bottom-most layer is my flu tissues, soaked in the leftover red tea. Followed by the plastic wrappers of my breakfast of le favvveeee tuna sandwiches from Four Leaves. And more tissues from the tap..i mean nose. And then Biore makeup removing wipes (fave also!!), a sheet of pomegranate mask from Etude House and finally topped with more soaked tissues from le sick me.

Do you still wanna be my friend? *reaches out a finger like E.T.* 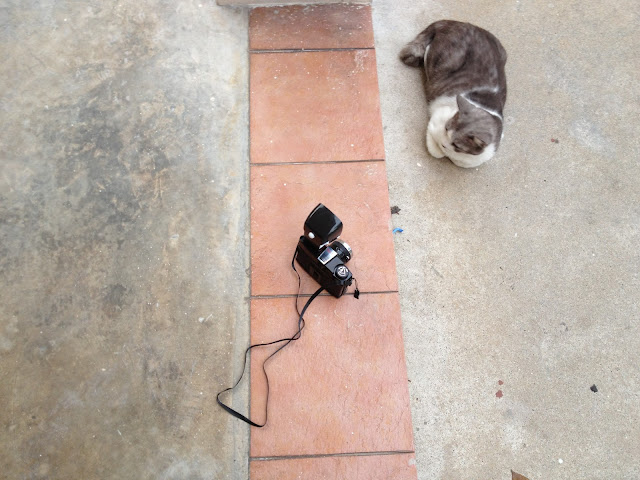 Cassie did not get scared at the sound of the shutter like some other cats do. Hehehe. Obviously cats are my first subject of my first roll of films! <3 I think Cassie is the cutest cat in my neighbourhood. It has a good mix of colours, white paws with pink pads (!!!), a sweet face & temperament and most importantly, is small and fat. It was there since I moved in about 8 years ago, and it has maintained its cute shape! Small + a little fat. I just wonder why it doesn't have a forever home yet :( (I'm not allowed to have cats, don't look at me!) 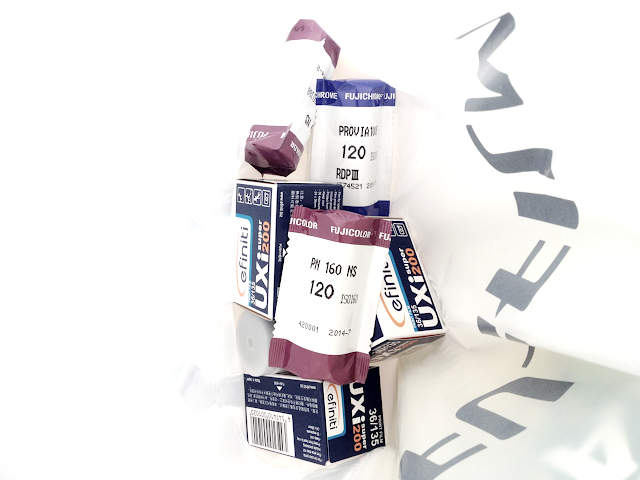 Also, I just bought some films (mine are the 120 ones) for my Black Jack, which I aim to finish just one roll first to see how it turns out before using the negatives. My first roll being slide films, I'm super excited to get it xpro-ed! Although I'm pretty scared that it fails :( so pls don't be under/overexposed!! *thanks to Conan for le intro haha

Frankly, I wish I can "Don't Think Just Shoot" (golden rule of lomography) when there's so much to think about before clicking the shutter! Whether the aperture is ok, the natural lighting is ok or maybe to use the flash, the time of exposure etc. Ideally I wanted to start from iso400 films but there's no stock for them, so I got the iso100 ones and that got me super worried if the end product would be underexposed. See I think too much!

Ok a random happy sharing! My film cam, the Diana F+, turns 5! Lomography.com is offering great deals when you pick up a Diana F+ of any sort on their website. Check it out~ *click*