For those who don't know who he is, he is a very cool Youtube star!
Check out this vid of him, WATCHING ME EAT :D Cool song!
*kindly pause my blog sing at the right hand bottom corner first :)

Hehehe so yea, I'm not really a fan of him before I met him. Just went cos I agreed to pei Jamie. But omg really! Started listening to his songs that night and WOWWW. 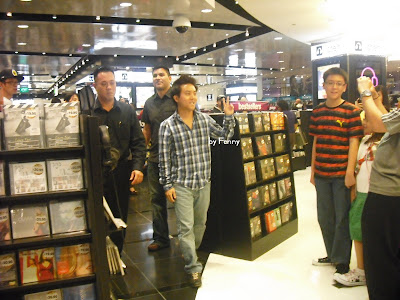 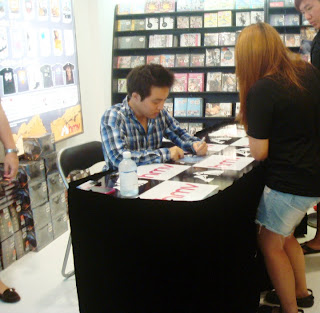 Lol that's not my album he's signing cos I wasn't a fan of him yet :D But that's me la, handing him an album to sign. 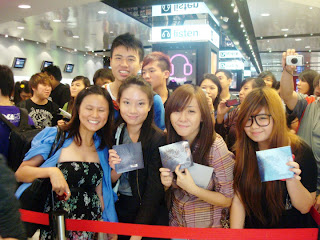 The new friends Jamie & I met there! The tall guy - Aaron. In black blazer beside Jamie, its Natalie! And lastly its Liping on the extreme left, and she's a CBSS alumni!  Such coincidence!
Kekeke lastly, we went for the lasttttt song of his performance at Esplanade. Was at Natsu Matsuri in Japanese School in Changi and rushhhhhed from there just in time to catch his last song, That Girl. So touching, sucha nice song! :')

Managed to take a pic of his backview, aww! 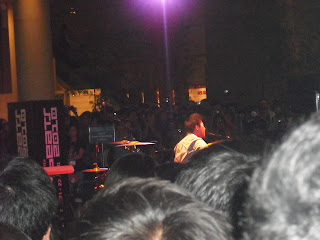 Okie shall end off my post for David Choi here :)
Going to Timbre this Tue with Jamie and Aaron and HOPEFULLY he performs there. So into David Choi now! Booked a table to have dinner that and ofcos, ultimate motive is to catch his performance there!